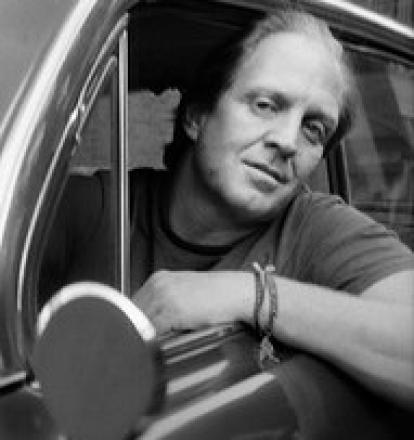 AUP BOARD, FOUNDER HEAT OF THE SUMMER 5K

Michael Gaylord James is a veteran on the 1968 Democratic Convention demonstrations and the political and cultural struggles of that era. He has received considerable notoriety regarding 1968 having been photographed rocking a police paddy wagon during events at Michigan and Balbo.

James grew up in Connecticut. He attended Lake Forest College where he played football and graduated with honors in 1964. He drove to Mexico on a Triumph motorcycle in the summer of 1962 where he attended Mexico City College. He also attended Trinity College in the summer of 1963. A Woodrow Wilson Fellowship took him to California where he did graduate work in sociology at the University of California Berkeley 1964-66. There he was active in the Free Speech Movement and became a member of Students for a Democratic Society, later becoming a national officer of SDS.

While at Berkeley he began doing community organizing in West Oakland, then moved to Chicago to work with Uptown residents, many from the South, with the organization JOIN (Jobs or Income Now) Community Union.

In the early 70's he began teaching a course at Columbia College called Organizing for Social Change. In that class his ideas for community based economic institutions evolved, and in 1976 James co-founded the Heartland Cafe, a restaurant and community institution that serves "good wholesome food for mind and body", and continues to be an inspirational community institution.

Michael James co hosts The Live from the Heartland Show on WLUW 88.7 fm / www.wluw.org (Saturday's 9-10 am), is a member of the board of directors of Athletes United for Peace, The Rainbow Council of Elders, and a member of the Advisory Committee of the Cornucopia Institute (an organic food and farm watchdog organization. He is past President of the Democratic Party of the 49th Ward organization and a member of the Screen Actors Guild. His film work includes Stony Island, The Package, Above the Law, Code of Silence, Under Siege, Walls in the City, The Fugitive, Chain Reaction and The Guardian.
Michael James’ photos have been shown at Northwestern’s Dittmar Gallery, World Art Expressions, Morpho Gallery, Stolen Buick Gallery, Heartland Café, SCOUT, the Armejo Center in El Paso. and his exhibit People at Work at the Uri-Eichen Gallery.

His photos have appeared in Restyling Magazine, Rising Up Angry, The Movement, Heartland Journal, SLAM Magazine, The Ragblog and in the books: Puro Border, Mexico Chicago, and Paddy on the Hardwood.
He is currently at work on a book:  Pictures from the Long Haul, a photographic memoir. Other book projects by James that are in the works include Mexico 1962, The Heartland Cafe: The First Thirty-six Years, and Rising Up Angry and Chicago’s Rainbow Coalition. He has recently joined the faculty at DePaul University, teaching Activists and Activism Since 1960.
He encourages all to “do good in the world—the world needs all the good that you do.”

Michael James recounts his activities during the 1968 Convention in a History Detective episode.
His work with JOIN Community Union and Rising Up Angry is featured in Hillbilly Nationalists, Urban Race Rebels and Black Power.
His many interviews from The Live from the Heartland Show are viewable at www.youtube.com/heartlandmedia
Stories and photographs from Michael Gaylord James’ Pictures from the Long Haul are featured on The Rag Blog.