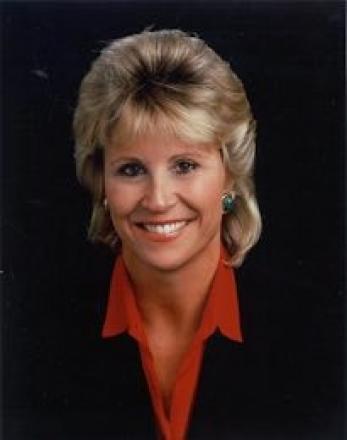 In 1960, at age 13, Donna qualified for her first U.S. Olympic swimming team. She already held the world record in the 400-meter individual medley, her signature event, but the event would not be added to the Olympic schedule until the 1964 Olympics. At the 1960 Summer Olympics in Rome, Italy, Donna swam for the gold medal-winning U.S. team in the preliminary heats of the women's 4×100 freestyle relay, but did not receive a medal because she did not swim in the event final. Four years later at the 1964 Summer Olympics in Tokyo, Japan, after she was well on her way to setting a career total of eighteen world best times and world records, she won the gold medal in the women's 400-meter individual medley, besting her competition by a margin of six seconds and setting an Olympic record. She also earned a second gold medal as a member of the world-record-setting U.S. team in the 4×100-meter freestyle relay.

In 1964, after having graced the covers of Sports Illustrated, Look and Life magazines, the Associated Press and United Press International voted de Varona the "Most Outstanding Woman Athlete in the World." However, because women were offered few sports opportunities in American high schools or colleges in the early 1960s, de Varona retired from her sport and began her career in the male-dominated world of sports broadcasting.

At the age of 17, she appeared on ABC's Wide World of Sports, becoming the youngest and one of the first women sportscasters for a national network.[1] Her groundbreaking career has earned her an Emmy, two Gracies and the opportunity to cover a wide variety of sports events including 17 winter and summer Olympic games. In 2006, she was inducted into the Museum of Television & Radio's first class of fifty "She Made It" pioneers in media.

While de Varona continued to pursue her television career, she also began her work in Washington D.C. as an activist for sports and fitness opportunities for America's youth. Since her retirement from competitions in 1965, she has served five terms on the President's Council on Physical Fitness and Sports and has been appointed to Presidential Commissions under presidents Ford, Carter, Reagan, Clinton and Bush. A consultant to the United States Senate, de Varona took a leave of absence from her pioneering television career to help with the passage of the 1978 Amateur Sports Act which restructured how Olympic sports are governed in the United States. Subsequently, she was called back to the Senate to consult on amendments to the landmark Olympic legislation and eventually worked to promote and safeguard Title IX of the Equal Education Amendments Act which prohibits discrimination on the basis of sex in any educational institution receiving Federal funding. Named a special advisor to President Clinton's Drug Czar, General Barry McCaffrey, de Varona helped with the establishment and funding for both the United States Anti-Doping Agency and the World Anti-Doping Agency, which are entrusted with eradicating the use of illegal substances to enhance performance in sports.

A promoter of women in sport, in the mid-1970s, she joined Billie Jean King in establishing the Women's Sports Foundation. She served as the first President (1979–1984) and subsequently, became the chairman and Honorary Trustee for the Foundation. Under de Varona's leadership, the Women's Sport Foundation initiated the Hall of Fame Dinner (now the Annual Salute to Women in Sports Awards Dinner), Travel and Training Grants, research projects, a toll-free telephone number and annual visits to Washington, D.C., to educate Congress about Title IX and the importance of providing sport and physical activity opportunities on an equitable basis to both men and women. Over the years, the Foundation has raised more than $30 million to support its programs.

From 1997 to 1999, de Varona chaired the organizing committee for the Women's World Cup Soccer Tournament. Recognized as the most successful women's sporting event in history, de Varona, a U.S. Olympic Hall of Famer, is a recipient of the Olympic Order, the highest honor presented by the International Olympic Committee. In 1999, Sports Illustrated for Women ranked her on its list of the "100 Greatest Athletes." She has also been awarded five honorary doctorates and in 2003, the National Collegiate Athletic Association (NCAA) Honors Committee awarded her the Theodore Roosevelt Award.

In the Fall of 2007, in observation of the 35th anniversary of Title IX, the legislation that outlawed discrimination in school programs, including sports, she completed a documentary as a host, writer and producer. The CSTV documentary, which won a Cine Golden Eagle Award, focused on the impact of Title IX and how one recipient of a sports scholarship in America has been influential in changing attitudes and customs in the Middle East as well as within the International Olympic Committee. The program featured Morocco's Minister of Sports, Nawal El Moutawakel, who in 1984 became the first Muslim and African woman to win an Olympic gold medal, and in 2012 was elected Vice President of the International Olympic Committee.

She was inducted to the International Swimming Hall of Fame as an "Honor Swimmer" in 1969. In 2004, de Varona was inducted into the Women's Hall of Fame in Seneca Falls, New York. She also serves on the distinguished Citizens' Stamp Advisory Committee (CSAC), which recommends subjects who appear on U.S. postage stamps. She is a 1986 graduate of UCLA and the mother of two children: Joanna Pinto and John David Pinto.

De Varona serves on the Executive Board of Special Olympics International and is a member of the International Olympic Committee's Women and Sports Commission. She is also a board member of the International Swimming Hall of Fame and serves as an adviser to Jordan's Prince Feisal's Generations for Peace Foundation and Tony Blair's Beyond Sport Initiative. Most recently, de Varona was appointed to the United States Department of State's Empowerment of Girls and Women through Sports Council by Secretary of State Hillary Clinton. She is also President of DAMAR Productions, a marketing, consulting and events advisory company.