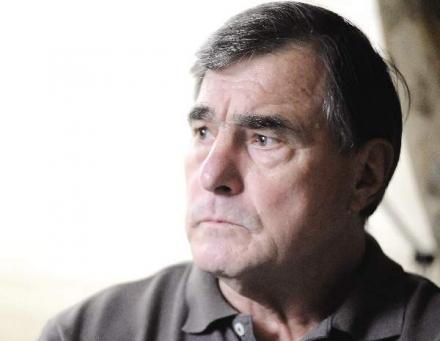 CO-FOUNDER, PRESIDENT OF THE BOARD,
Linebacker St. Louis Cardinals

Meggyesy was born in Cleveland, Ohio, where his father was a machinist and union organizer. When he was five his family moved to Glenwillow, Ohio, where, says Meggyesy, he "was, literally, raised on a pig farm next to a dynamite factory." At Solon High School, in Solon, Ohio, he played football and other sports. He then attended Syracuse University on an athletic scholarship.

During his early years in the NFL, Meggyesy was a graduate student in sociology at Washington University in St. Louis.

Meggyesy spent four months in 1970 at Jack Scott's Institute for the Study of Sport and Society in Oakland, California, where he wrote his bestselling memoir, Out of Their League. He was interviewed on the Dick Cavett show shortly before its publication, (with Janis Joplin, Gloria Swanson and Margot Kidder). According to the San Jose Mercury News, the book was "the first critical look at the dehumanizing aspects of pro football." In 1973, Meggyesy was a co-founder of the Esalen Sports Center. After living in Colorado for several years, Meggesey's family returned to California. He began teaching courses at Stanford University, including Sports Consciousness and Social Change, and The Athlete and Society.

In 1980, while still teaching part-time at Stanford, he was hired as head football coach at Tamalpais High School, in Mill Valley, California. His son was one of three seniors on the varsity team, which had gone 2–8 the year before. In 1980, they were 0–11. Meggyesy later said, "We went 0-11, but it was a great experience to see them mature and gain confidence even when we were losing. High school football is football in its purest form. It struck me what a crucible for learning it was."

He was then hired by the National Football League Players Association (NFLPA) as Western Regional Director. He retired in 2007.

Click Here for Dave's Activities with Athletes United for Peace

Dave's Writings include Book: Out of Their League
For more of Dave's Work Visit Wikipedia and davidmeggyesy.com